Coverage of "Into It. Over It." at the Grog Shop

I like it when I meet cool people. The obvious response to that  is, "Who wouldn't?" I had the opportunity to meet one such cool person, Evan Weiss from Into It. Over It. An Indie Rock / Emo band originating in Chicago. 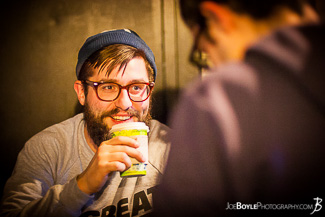 Evan during his interview with Chris from Stereogum.

While on assignment for an online magazine, Stereogum, I was able to talk to Evan for a brief time and was impressed by his passion, kindness & genuineness. He then proceeded to rock out at the Grog Shop! The fans were crazy and awesome as they were literally hanging from the ceiling and pressing in on the stage. Here are some of my favorite photos from the night, I hope you like them! Check out the full article on Stereogum's website - "Hell Fuckin' Yeah!" 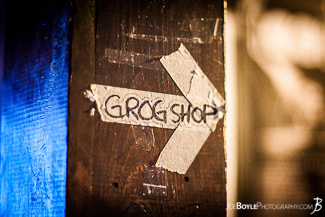 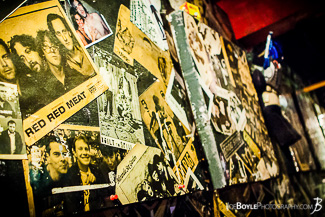 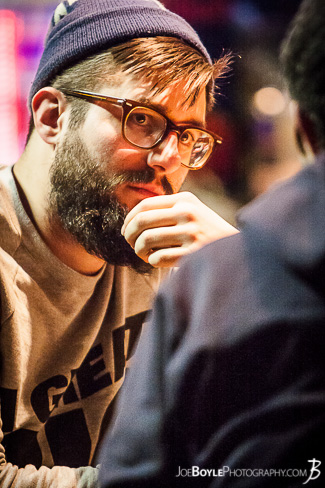 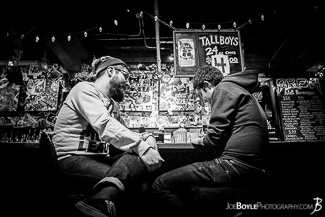 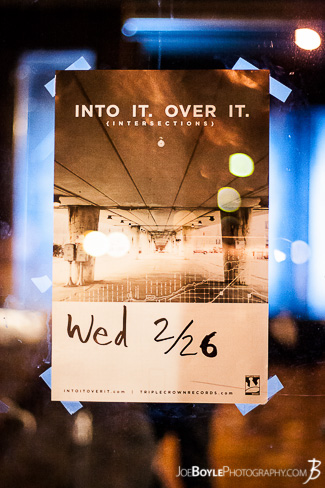 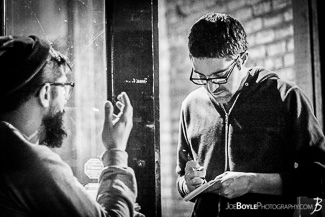 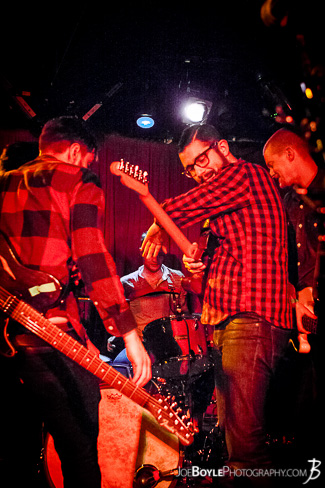 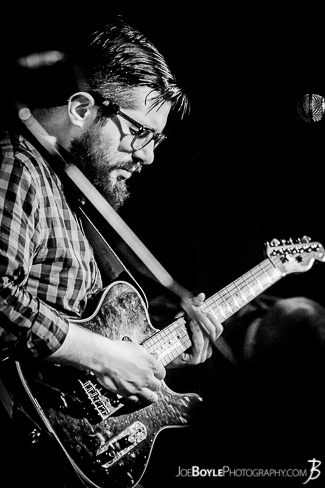 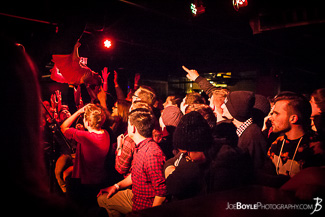 That's the dude hanging from the ceiling... nuts. 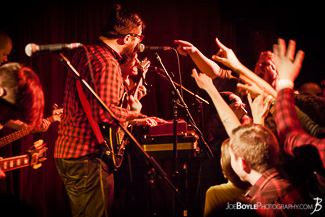 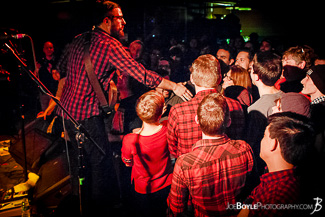 Evan stopped the concert for 5 entire minutes and shook hands with the couple who had been married the longest. He then proceeded to sing a song about breaking up... 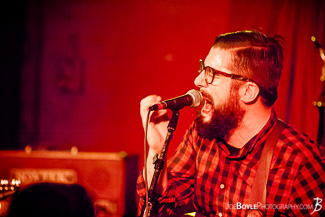 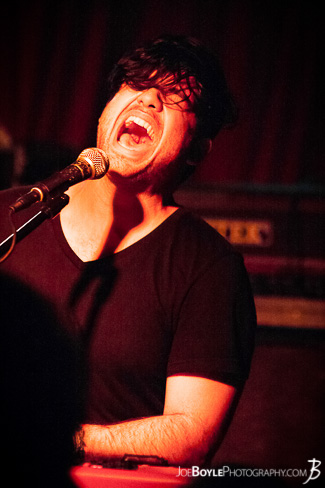